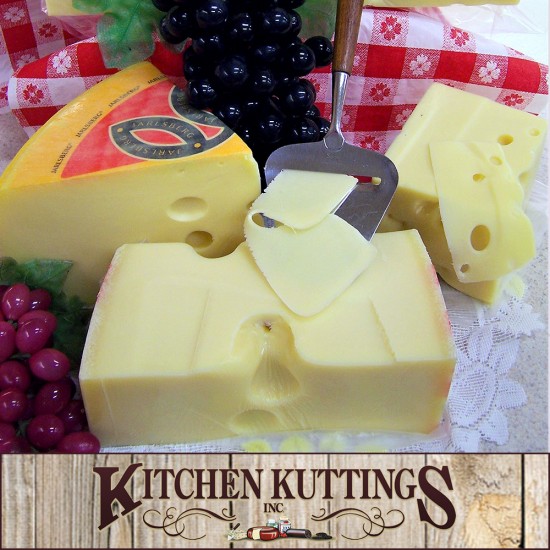 Canadian Swiss is a good cheese to come home to! Canadian Swiss has a milder favor than our Emmental Swiss or Swiss Gruyere. Excellent in taste if you prefer a milder cheese.

Emmental Swiss is a firm cheese with a pale yellow color and a buttery, mildly sharp, slightly nutty taste.Emmental features the characteristic holes or "eyes" typical of Swiss cheese. The holes in Emmental are formed by gas bubbles released by the bacteria that are used in making the cheese.

Swiss Gruyère is sweet but slightly salty, with a flavor that varies widely with age. It is often described as creamy and nutty when young, becoming more assertive, earthy, and complex as it matures.  It is delicious consumed directly with, nuts, bread or fruits.